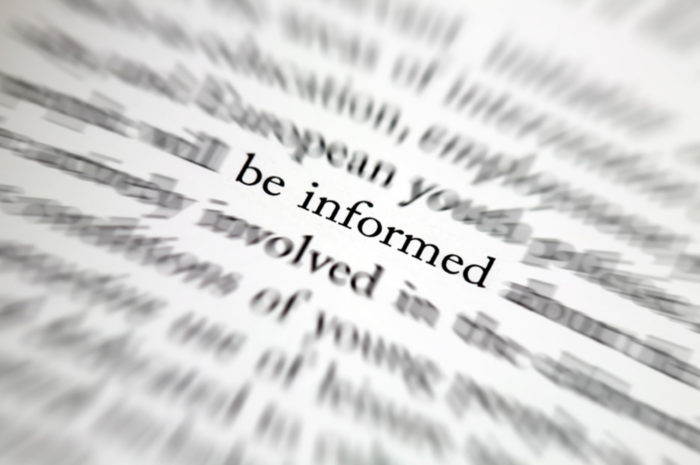 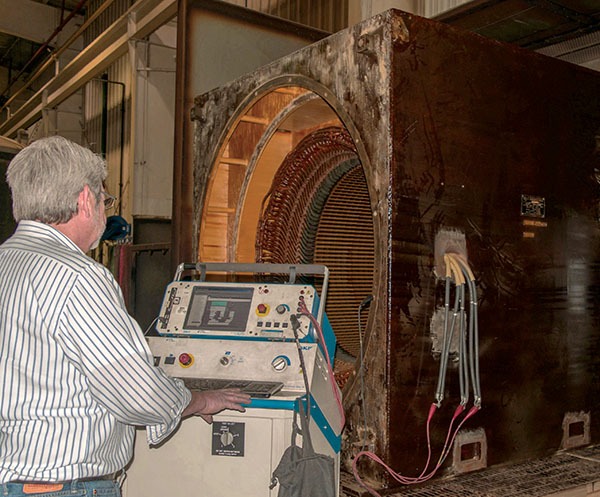 What are the risks associated with static motor testing? Any time you apply voltage to a winding you face the possibility of causing a failure, either a short between windings or groundwall issue. However, there are significant differences between how the test process affects the windings and how just starting the motor impacts them. With modern, state-of-the-art equipment, test voltages are computer regulated and these testers use low current dc voltage which is easier to control and far less stressful to the insulation. Test voltage starts at zero and is monitored for weakness and current leakage to ground continuously throughout the test procedure. Any deviation or potentially damaging issue is immediately captured and testing stops. When the tester has found a problem it has located an area of weakness without causing further damage. On the other hand, when you press that start button the windings will instantly see full ac voltage that is pushed by eight to twelve times the full nameplate current. Contactor bounce or breaker closures create spiking that can easily exceed five times the line voltage. These spikes attack the turn insulation.

With regards to medium and high voltage motors insulation breakdown is the underlying cause of over two-thirds of motor failures. Of those, over 80% begin as a copper-to-copper weakness. The very thin film of insulation that is baked onto the copper conductors abrades and wears away due to the environmental issues the motor endures. Numerous elements contribute to insulation deterioration including starts and stops, heating and cooling and contamination. During each startup the windings will experience those high voltage spikes due to contact or breaker closure. The magnetic forces imposed on the windings during start-ups causes them to expand instantly allowing the copper to abrade at the weakest point which is usually within the knuckles or end-turns. Copper, insulation materials and the steel laminations all heat and expand at different rates which allows for some abrasion of the copper’s insulation.

Remember, the insulation system is made up of two components, the copper to ground component, or ground-wall and the copper to copper component known as the turn insulation. The ground-wall component is by far the strongest part of the insulation system. The copper is protected from the steel, or earth, with high dielectric materials and then wedged tightly into the slots with top-sticks and, after VPI, becomes very secure. The turn insulation is the only part of the system that can move and on each start it will “flex” or “breathe”. That movement will allow the copper windings to abrade against each other, creating a weak area and eventually allow arcing between turns. That arcing will get worse with each startup until it creates a carbon path and becomes a hard-welded fault. Once a few turns are shorted together, they form a loop that will react as the secondary side of a transformer resulting in extremely high current in a that loop, causing extremely high heat that quickly burns through the slot cell liner and “blows” to ground.

Most winding failures get blamed on grounds since the consequence of letting the motor run to failure usually results in a hole in the laminations, but the vast majority will have started as a weakness in the turn insulation. That weakness generally takes months or even years to deteriorate to the point where it fails so it only makes sense to test periodically and routinely with a complete set of static tests that includes surge testing. Modern surge testers will find the level of weakness without creating any damage to the insulation. Windings that fail as a result of surge testing would certainly fail at the next startup. It only makes sense to locate potential problems in advance of failure allowing the technician to be in control of when an asset gets the attention it needs. Preventing unscheduled down time and expensive repairs should be the primary goal of every predictive maintenance program and surge testing is a vital part of that program. And the benefits of periodic, routine surge testing far outweigh the risks!