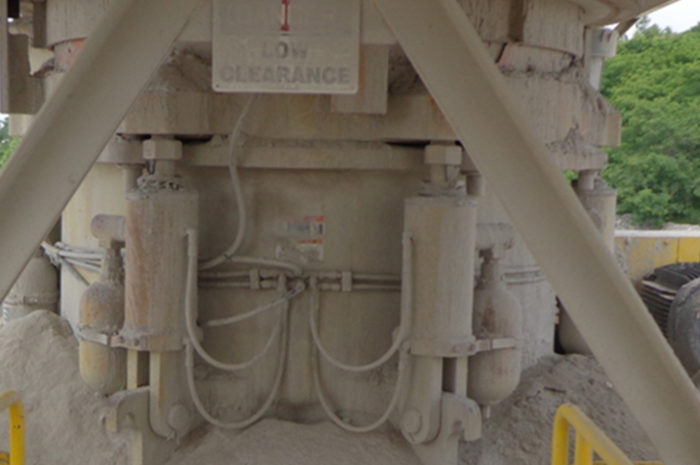 Route Vibration – Is it worth it?

The following is an example of how regular route vibration analysis saved a rock quarry from the possibility of an unplanned outage due to a motor bearing failure.

Route vibration data is collected for analysis on a quarterly basis. At the April survey, the following explanation and recommendation was presented regarding the motor.

Data was collected from motor 1 of the Crusher in April 2017. The data collected continues to indicate the possibility of an outer race defect on the outboard bearing of this motor. Indicators of bearing faults have increased from the last collected data. This motor is in a high vibration area which could accelerate the degradation of the bearing.

Recommendation: Begin planning to replace the motor or bearing during a planned maintenance period. We will continue watching the trend of data for indications of further change.

The motor was removed from service and brought into our repair facility. In our plant, incoming motors are run “as received” unless they are unsafe to run. This motor was run and the resulting data is shown below.

The following was reported based on the data from the incoming motor data:

The motor was reconditioned with new bearings and data was collected following final assembly.

Following repairs, the motor overall vibration is significantly reduced and the waveform impacting has been dramatically reduced.

At the unloaded test run in our repair facility, not only did the outboard bearing indicate a significant bearing fault frequency, but the inboard bearing showed one as well. Had this motor failed catastrophically, the motor could have been damaged beyond economical repair plus time to repair or replace would have increased. Following repairs being made, interrupted production should not be an issue and there should be no risk to any other components of the machine.